Here are 10 important and informative books about Japanese Internment for kids of all ages – from young readers all the way through high school!

Before diving into these book recommendations, here’s a quick overview of Japanese Internment in the United States: These internment camps were established during World War II as a response to the bombing of Pearl Harbor by Japanese forces.

The bombing took place onDecember 7, 1941 and on February 19, 1942, President Franklin D. Roosevelt signed Executive Order 9066. This order forced over 120,000 Japanese people to relocate to one of ten internment camps in the United States. The justification was that the United States needed to prevent espionage on American shores, even though there was a lack of strong evidence to support this view.

From 1942 to 1945, people of Japanese descent were held captive in these isolated camps. The consequences were tragic and far reaching.

My hope is that the following 10 books offer insight into what life was like for the people who experienced life in Japanese Internment Camps and they instill a sense of compassion and desire for equality.

Note: There are plenty of powerful images, including photographs and maps available to view online which are a great companion to the books I’ve recommended here.

by Ken Mochizuki and Dom Lee

This is a great introduction book for young readers, as well as baseball fans!

Inspired by true events, this story describes life in an internment camp for Shorty and his family, and how they use baseball to stay hopeful and connected.

While struggling against the intense dessert heat, relentless dust, and freezing cold nights, Shorty and the others at camp are desperate for something to look forward to. They end up building a playing field and forming a baseball league.

Despite being surrounded by barbed-wire fences and the ever present guards in towers, the players soon realize they’re not only playing as a way to pass the time, but for a sense of dignity as well.

A story of hope and courage in the midst of racism and cruelty.

Another great choice for young readers!

Author Yoshiko Uchida reflects on her own childhood in a Japanese Internment Camp during World War II to tell this touching story.

In 1942, seven year old Emi and her family are forced to relocate to an internment camp. Emi doesn’t want to leave her home, her friends, and her school but her mother tells her they have no choice because they are Japanese-American.

Emi tries to hide how miserable she is, but when they arrive at camp and she discovers that she’s lost her beloved heart bracelet, she feels a sense of despair as she wonders how she’ll remember her best friend.

A meaningful glimpse into what life was like for Japanese-American children who were interned.

3. A Place Where Sunflowers Grow

by Amy Lee-Tai and Felicia Hoshino

Mari and her family are living in an interment camp in Topaz. She’s just recently started a newly formed art class, but she’s struggling to think of anything to create in the midst of her bleak surroundings.

But soon Mari notices small acts of kindness and beauty, and she begins to recognize the ways that hope can appear even in the harshest conditions.

A view into the harsh environment of life during this injustice as well as the moments of hope that also existed.

4. fish for Jimmy: Inspired by One Family’s Experience in a Japanese American Internment Camp

This is based on author Katie Yamasaki’s true family story.

Jimmy and Taro, two Japanese-American boys, are forced to relocate to an internment camp with their family. Jimmy loses his appetite and his strength diminishes. In response, older brother Taro sneaks out of camp each night to catch fresh fish to feed Jimmy so that he’ll regain his strength.

A touching story of bravery and unconditional love during a frightening time.

5. Write to Me: Letters from Japanese American children to the librarian they left behind

by Cynthia Grady and Amiko Hirao

This true story follows Children’s Librarian Clara Breed as she corresponds with her young Japanese American patrons after they’re sent to an internment camp after the bombing of Pearl Harbor.

Right before the children relocate with their families, Clara asked the children to write her letters while they’re away and she gives them books to take with them.

During the three years of their internment, Clara corresponds with the children, sharing their stories, offering feedback on books, and ultimately creating a record of their experiences.

6. A Different Mirror for Young People: A History of Multicultural America

by Rebecca Stefoff and Ronald Takaki

Ronald Takaki was one of the most recognized scholars of American ethnic history and diversity and the original author of A Different Mirror. Rebecca Stefoff has adapted this version for young readers, offering a rich and meaningful multicultural history of the United States.

Through recorded experiences included in letters, diary entries, and poems, history is brought to life through the words of real human beings, including young people.

A wonderful resource offering an abudance of unique experiences along with historical documentation.

Based on true events, this book tells the story of the California court case, Mendez vs. Westminster School Distric through the lives and friendship of Sylvia Mendez and Aki Munemitsu. Aki’s Japanese-American family was forced to leave their home and relocate to a Japanese internment camp after the bombing of Pearl Harbor. Sylvia’s family rented from Aki’s family and cared for their property while they were interned, and the girls developed a lifelong friendship.

During this time, segregated schools were legal in the United States. Sylvia’s family fought for their children to attend the local all-white school, eventually leading to Mendez vs. Westminster which desegregated schools for Latino children in California. It also served as precedent to the 1954 Supreme Court case, Brown vs. Topeka Board of Education, which resulted in the desegregation of all schools in the United States.

A powerful story of discrimination, racism, the fight for equality, and the power of friendship.

Recommended for middle school and up.

Kiku is on vacation in San Francisco when she suddenly finds herself transported to the 1940s. She’s at the Japanese-American internment camp that her late grandmother was relocated to during World War II.

As Kiku lives daily life alongside her young grandmother and other Japanese-Americans, she witnesses firsthand the lives of those who were interned.

A poignant story that highlights the intergenerational impact of the experience of internment camps.

Another good recommendation for middle school and older.

This is probably one of the most recognized titles about Japanese Interment Camps. This memoir was first published in 1973 and this newer edition includes an inspiring afterword by the authors.

Manzanar was an interment camp created in the high mountain desert of California. The Wakatsuki family was among the many Japanese-American families who were imprisoned there, after being forced to abandon their fishing business in Long Beach, California.

Note: I was born in Long Beach, raised in a neighboring city, and have visited Manzanar. This memoir is powerful regardless of where you reside, but as a Californian, it felt especially poignant to me.

Jeanne Wakatsuki Houston was only seven when she arrived in 1942, and this powerful memoir provides a glimpse into what life was like through her young eyes.

10. they Called Us Enemy

Reflecting on his experience as a young child surrounded by barbed wire and fences, he captures the hardship, terror, and legalized racism, alongside the hope and faith in democracy.

A captivating and engaging look at this George Takei’s young years spent interned.

I hope that these 10 important books about Japanese Internment offer you and your kids plenty of inspiration for meaningful learning and conversation!

Be sure to check out these other helpful posts for additional resources:

Here’s to reading, learning, and growing!

Previous Post: « How to Practice Self-Care as a Homeschooling Mom
Next Post: My visit to Heart Mountain Japanese Internment Camp » 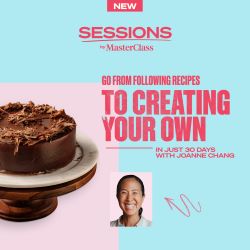