With nearly a decade of homeschooling under my belt, we’ve been homeschooling since my oldest started Kindergarten. Equal parts homebody and adventurer, I treasure the simple pleasures in life. As an artist at heart, I squeeze in creative projects whenever I can. I love nothing more than a rainy day at home to create and read from a stack of good books.

Physical Therapist by day and Dad Extraordinaire during his “off hours”, he still finds time to surf and fix all of the things that break around the house. And did I mention that he speaks a few different languages and rides his bike to work? He’s truly a jack-of-all-trades. I know, ridiculous. 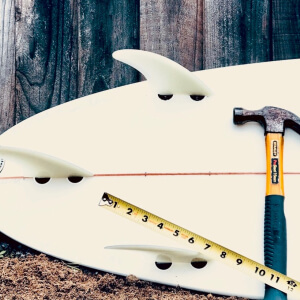 Started walking at ten months old, began dancing soon after, and hasn’t stopped since. Ballet, tap, jazz, and pointe shoes… they’re all strewn about her bedroom floor. Ever the introvert, she can usually be found with her nose in a book or working on writing her latest story. As a new teenager, I see navigating these years with her as such a privilege. My dedicated, brave, and creative girl.

A sports fanatic through and through. He adores playing, watching, and discussing sports. He loves being part of a team and is often found roughing around with his buddies or his dad. With his analytical brain and inquisitive nature, he enjoys solving puzzles and hearing a good joke. Smack dab in the “tween” years, he adores his sister and mama and has the biggest, purest heart. My sweet, thoughtful, funny boy.

(Because let’s be honest, my pup isn’t concerned about anonymity.)

Former shelter dog turned most spoiled pet EVER. The general consensus is that he’s part chihuahua and part mini pinscher. But we’re convinced he’s a furry, wingless angel. They say we rescued him but I think he rescued us. Snuggle, eat, sleep, walk, repeat. He’s 11 pounds of pure unconditional love.