If you’re often fearful and riddled with self-doubt, you might not feel like a very brave person. Maybe you find that anxiety and insecurity are chipping away at your self-esteem until you feel incapable of taking action. But in reality, there might be many examples of bravery in your life. Are you actually braver than you think?

Are You Braver Than You Think?

I used to think that some people were brave and other people weren’t. I thought that bravery meant being assertive, outgoing, adventurous, energetic, and FEARLESS.

That’s the part that I was actually getting wrong.

I’ve spent most of my life thinking that being brave and being fearless were the same thing.

And since I’ve mostly thought of myself as a cautious, thoughtful, creative, and sensitive person, I decided pretty early on in life that I must not be very brave.

But the older I’ve gotten and the more I’ve learned, I’ve realized that being brave and being fearless are not the same thing at all. 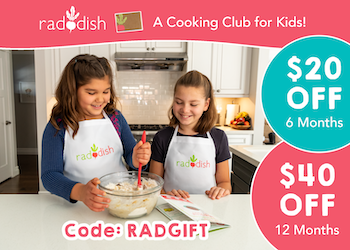 Fearlessness is simply put, the absence of fear.

Bravery, on the other hand, is all about feeling afraid but taking action anyway.

Bravery is more complicated than fearlessness and definitely infused with nuance. It’s all about showing up. Taking action. Putting one foot in front of the other.

Do any of the following examples resonate with you?

I’m not brave enough to attend the party alone.

I’m not brave enough to apply for the new job.

I’m not brave enough to take that trip overseas.

I’m not brave enough to ask her if she wants to get coffee.

If so, rest assured that you are in good company!

Here’s the good news about these scenarios requiring bravery:

None of these examples require you to be FEARLESS.

They do require that you are BRAVE.

Now, let me be crystal clear: I am NOT implying that being brave isn’t a BIG DEAL and that it doesn’t require a HUGE amount of energy and intention.

Because being brave IS a big deal. And it DOES require a huge amount of energy!

So it’s SUPER important to remember to rest and take breaks when you need to, OK?

When you decide to go to the party alone, apply for the new job, take a trip overseas, or ask someone out to get coffee, you’re bound to experience some uncomfortable feelings. You might have a pit of dread in your stomach. Your palms might get sweaty and your heart might start pounding. It might take a lot out of you physically and emotionally.

So don’t forget to take time to rest and regroup after practicing bravery!

so, Are you braver than you think?

Think of a time in your life when you wanted to pursue something, felt afraid to move forward, but decided to take action and do it anyway. This is an example of a time when you were brave.

Reflecting on times in your life when you’ve practiced bravery is a great reminder that you have what it takes to be brave.

Think of one thing in your life that you want to do, but fear is currently holding you back.

I’d like to invite you to consider taking one small step in the direction of making this happen for yourself.

What can you do TODAY to draw one step closer to this goal?

The good thing about bravery is that it’s like a muscle. It gets stronger and easier the more it’s exercised.

You might want to check out these other relevant posts:

I invite you to do one thing this week that requires you to be brave. I promise I will too!

Previous Post: « How to Celebrate National Garden Month with Kids
Next Post: How to Avoid the Busyness Trap »